Has the bubble popped? 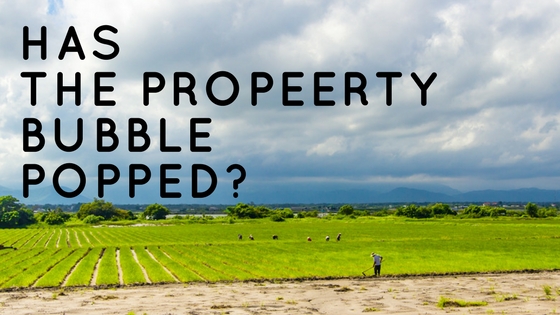 Since returning from holiday’s I’ve spent most of my time catching up with friends and clients (often a grey line between the two), finding myself astounded by the consistent suspense in their eyes when asking what to expect from the 2016 property market.

At a glance, a simple assessment would suggest the real estate market appears to lack confidence. Don’t you think?

Whether you’re buying or selling, low interest rates are usually a positive and supporting factor in any transaction. Sellers want to be confident that a buyer can afford their property – and let’s be honest, we all love to go shopping when money is cheap.

As for the auction clearance rates over the past few weeks, we need to assess the reliability of this number before making any assumptions.

Last week in NSW there were 61 scheduled auctions on RealEstate.com.au.. (a mere 12 the week before that).  In comparison, a typical 2015 week could see Sydney sellers list for over 1,400 auctions*! Safe to say that such small numbers don’t provide a current and reliable foundation for prediction either way.

January listings often include unsold listings from the year prior. The new listings that buyers are actively waiting and motivated for have only just started to be advertised. Until this first wave of fresh listings run to their scheduled auctions, and new private treaty sales can be assessed against last year’s comparables, the RBA and in particular auction clearance rates, will provide little insight.

So what’s my answer? Well to be honest, nobody has a crystal ball – but everybody has dreams. Regardless of what the market holds for the year ahead, the right strategy, support, and honest guidance can get you there.

When you need an honest friend in real estate to discuss your dreams, I’ll be available.

Email Agent Regarding This Property